Atlassian Summit 2019 – what happens in Vegas, NOT stays in Vegas

While everyone is admiring the first ever pic of the black hole took by the Event Horizon Telescope, Atlassian Summit 2019 passed in Las Vegas, and there are lots of news! You’ve heard that all happened in Vegas, stays in Vegas, but not the news about Atlassian.

It’s really inspiring that in the beginning of the Atlassian as the company, there were only two people sitting in Sydney – Mike Cannon-Brookes and Scott Farquhar, and now the Atlassian company and community counts over 125,000 teams all around the world!  The proof of it is the fact that this year Summit in Las Vegas gathered together thousands of people, and thousands of people also watched the streams online. 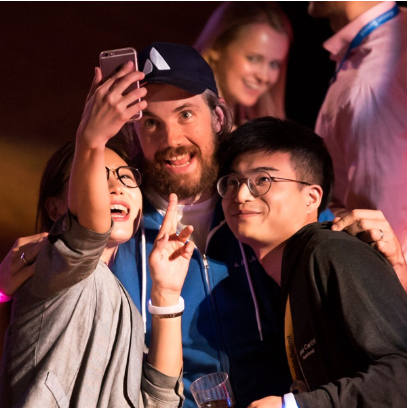 Though it lasted only 3 days, it was announced and performed many inspiring things. As some of them are just plans for the future, we can not tell you in detail about all updates and improvements.

During the Summit everyone could follow the running tradition, sponsored by Catworkx. After such an exciting start of the day all visitors should have enough energy to visit as many events on the Summit as they could, and they were plenty: 3 general sessions with co-founders, new format of Summit events – product keynotes, different training sessions and workshops, expos, Developers Day, Partners Day, a hackathon Shipit, and of course, the legendary Bash party.

So, here are some keynotes of the Atlassian Summit 2019.

The first and one of the most important ones is the performance of new JIRA Software 8.0. 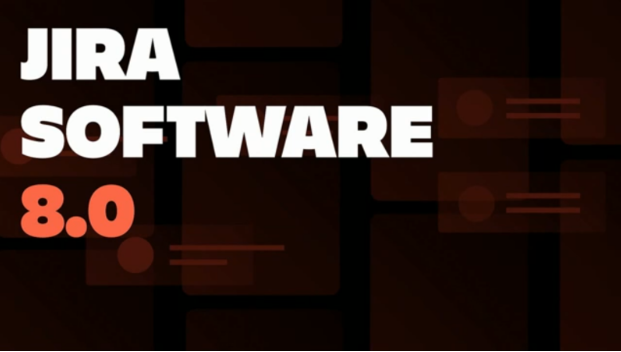 Jira Software 8.0 will have new look and feel of Scrum and Kanban boards and updates of emails – now you’ll have batching email notifications, by which it’s possible to reduce the amount of emails users get when some issue is being updated – in this case now you’ll get a single summary email. Another main feature of the new version is the JQL Improvement. The company stated that now Jira Query Language searches are 31% faster, and re-indexing – 71% faster.

As the world around us is changing really fast, and customization wanted every day, Scott Farquhar accentuated that every team has to collaborate agile faster than ever before, and all we need is Digital Transformation. He performed the new powerful integration between Amazon’s web services and JIRA Service Desk –  AWS Service Catalog Connector and explained how Dev teams can cooperate with IT teams.

It was also announced about expending of Atlassian Playbook, and now there will be a new place special for IT teams. 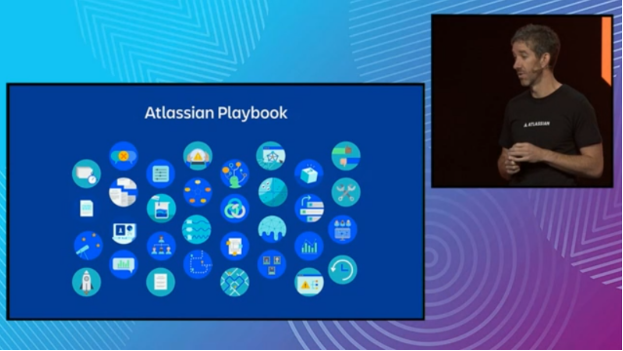 Scott Farquhar also announced that now there is a new member in Atlassian family.  Last month the company acquired the AgileCraft, and it’s being rebranded as Jira Align. The new head of Jira Align Steve Elliott announced that the goal is to bring together AgileCraft’s agile-at-scale solution with Jira. That means no matter where users are on their Agile path, they can benefit from using Jira in their development.

At Summit it was also performed the new features of updated Opsgenie – this tool serves for incident management, and the new version will be available in September 2019. Thanks to the new user interface, now all users will be able to use the one identity system, and as a result work easily across Jira, Jira Service Desk and Bitbucket.

The Head of Server and Enterprise of Atlassian Cameron Deatsch stated that the other Atlassian products also got new updates –  Bitbucket 6.0, Confluence 7.0, Jira Service Desk 4.0 and Portfolio 3.0.

Anu Bharadwaj, the Head of Product Management, also performed at the Summit and said that there are already 100,000 Atlassian Cloud users, and now Atlassian company states that it’s possible to support 10,000 users, so if your organization has such an amount of people, you can address to Atlassian and join this exclusive program.

There are also some big news about Data Center. The CDN Support is now provided for Jira Service Desk, Jira Software, Confluence and Bitbucket. With it the users can feel that server is not somewhere far away, but at your desk 🙂 Moreover, the users will now be able to use AWS CloudFront or any other CDN they want. It was also announced that 3 new data centers are now alive – in Singapore, Sydney, and Frankfurt.

Another feature that was announced is Rate limiting for REST APIs.  It means that it won’t be so easy to set your server down by enormous amount of requests or DDoS. It was promised to be available for BitBucket, Jira Software and Jira Service Desk.

The Atlassian Cloud platform now becomes fast and furious – boards load now 50% faster, backlogs – 80 faster, and navigating sidebar in new Jira is 2x faster! Another new product introduced is Cloud Premium for Jira Software and Confluence. Jira Software Premium includes features which improve the way teams build roadmaps, manage team capacity, and communicate plans and progress. Meanwhile, Confluence Premium allows all administrators have more control that sometimes is so needed (for example, your team member is on vacation, and you need access to some work content). Plus, all admins will have additional features in analytics

Of course, Atlassian Summit is not so serious as it may seem to be, and even a presentation of a demo product can have a lot of fun, like the live demo presentation of Team Playbook by Dominic Price: 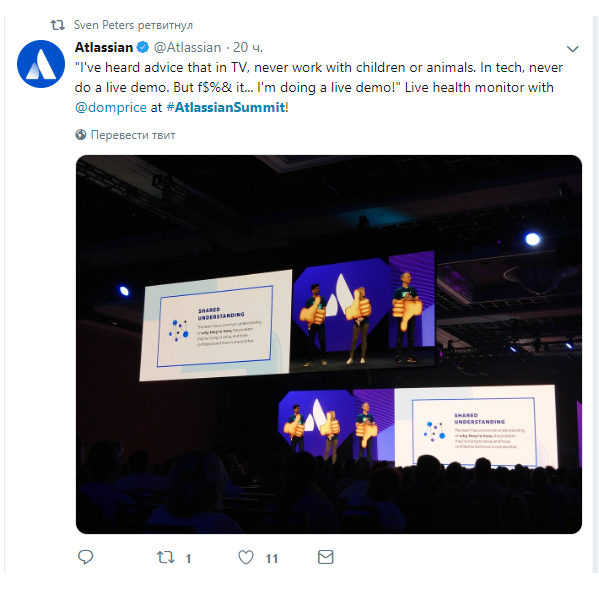 Or such an amusing and fantastic show from Mike Cannon-Brookes and Scott Farquhar, as Rainer Warmdt mentioned in his twitter: 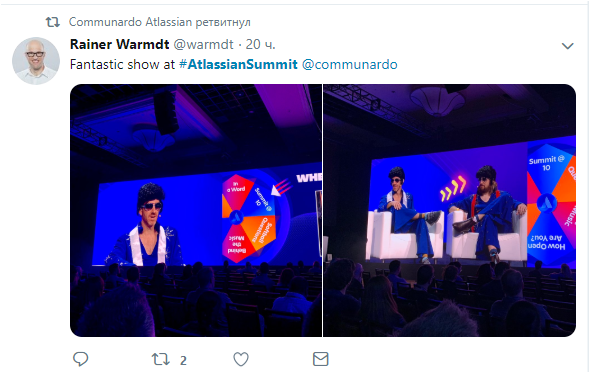 After these three intense and full of events days of Summit all joined the legendary Bash party and had fun, like Yasoon team: 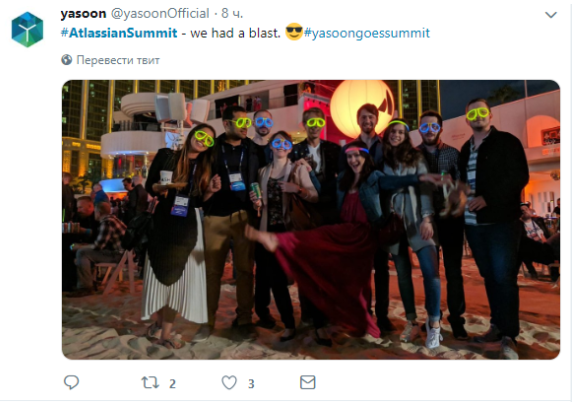 The good news for all lovers of Atlassian Summit in Las Vegas – it will be back! So all Atlassian community will have another chance to meet together in Mandalay Bay March 30- April 02 2020.

Speakers on IT conferences, writes, proven ITSM, Agile, Atlassian Experts who used to work for Sony, NASA, Sberbank, Nokia, Dell and dozens of other companies

To Server. To Cloud. To Data Center. Server to Server. Cloud to Cloud. To Atlassian.
go to page
Services